Federer Squeezes Past Roddick for Berth in the Semis
By Brian Cleary
Wednesday, September 5, 2007

For all the talk of how Roger Federer towers over the sport of tennis, very little, at least on the scoreboard, separated Andy Roddick from Federer in their quarterfinal showdown under the lights in Arthur Ashe Stadium.

There was Roddick in the first set tiebreak, having just hit a volley winner to bring the tiebreak score to 6-5 in Federer’s favor. The crowd roared. In fact the crowd started to go crazy--and that was just for Roddick to be down 6-5 in the breaker. What’s more, it was clear the crowd wanted to do more than just go crazy. It wanted to go absolutely nuts, and if Roddick had taken the first set, there’s no telling how rowdy they might have gotten and how that might have affected the Swiss star and infused Roddick with energy and confidence.

But then, as Federer so often does, the No. 1 seed stepped up to the line and hit just the right shot for just the right occasion, in this case a service ace that took the air right out of Roddick and right out of the lungs of the crowd at the same time. Federer held onto the momentum and took the match in straight sets, 7-6 (5), 7-6 (4), 6-2.

“I could have been down two sets to love,’’ Federer said after the match, referring to how narrowly he survived the first two tiebreaks. “You couldn't allow yourself to make any easy mistakes, you know, because they would be costly. I think we really tightened up our games really nicely tonight.”

Roddick, who said he felt good from the get-go and was happy with his game plan, after the match looked emotionally drained, a touch angry, but also proud.

“I played my ass off out there tonight,’’ he said. “I played the right way. So, you know? It helps, but that doesn't mean I can't be pissed off.” OS...孩子終於長大了!!只是頭句話有那麼點粗俗

As close as the match was, at least in the first two sets, Federer prevailed against Roddick for the 14th time in 15 matches. He has now taken out Roddick in six Grand Slams since 2003, and while Roddick has one Grand Slam to his name, Federer continues his quest here for his 12th Major title.

That little something extra goes a long way.

Sometimes it doesn’t even seem little.

In the second set tiebreak, Roddick and Federer were even at 4-4, and Roddick, not to mention the crowd, was still very much in the match. Roddick knew he had to serve well and play aggressively and attack the net, which he was doing with some success (in the match, he approached the net 36 times and won half those points.)

But the strategy wasn’t exactly going according to plan. For starters, he wasn’t able to dominate Federer with his serve and, with 14 aces, blasted one less ace than Federer in the match. But he was scraping and clawing, winning some points coming in and, against the strategy, prevailing against Federer in some long rallies.

At 4-4 in the breaker, Roddick hit a marvelous, booming 140-mph serve. The only problem for Roddick was that Federer nailed the return, catching the baseline and forcing Roddick into an error. The mini-break his, Federer served out the second set tiebreak, and the New York crowd began to head for the exits.

“I took a chance,’’ Federer said with typical nonchalance after the match of a shot that was one of the best struck in the tournament. “Probably if he would have served to my forehand, at that point it would have been an ace. So that was just guessing, you know. I'm happy I hit it perfectly well.”

For Roddick, that shot summed up the impossible task it sometimes feels to him to play Federer. “[Federer] hits a 140 [return], hits the back of the line, you know, whatever.’’

While the loss was a huge disappointment to Roddick, and will do nothing to quiet murmurs of hisbeing a "one-Slam wonder,'' the evening had a very special feel to it. The crowd at the match was unusually star-studded, even by New York standards, with Jerry Seinfeld, Larry David, Martha Stewart, Tony Bennett and Andre Agassi in attendance, to mention just of the few of the big names whocame out to see Roddick take on the world’s No. 1. The big names just added to the already electric atmosphere of the night, something that wasn’t lost on Roddick.

“ I'd have to be completely out of touch not to realize that, you know, what the atmosphere was like out there tonight,’’ Roddick said. “If I don't have fun doing that, then I'm not going to have fun playing tennis.”

Federer moves on to the semifinals to take on Nikolay Davydenko, the No. 4-seeded Russian, who took out Tommy Haas earlier in straight sets. Federer has now won 25-straight matches here at the Open, losing just 10 sets during his Flushing Meadows winning streak. He’s now two matches away from becoming the first man in the Open era to collect a fourth consecutive US Open title. 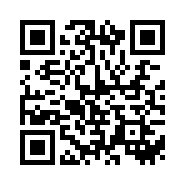