A-Rod enjoyed the US open

In perhaps the most stunning loss of her storied career, defending champion Maria Sharapova was shocked, 6-4, 1-6, 6-2, by Polish teenager Agnieszka Radwanska in the third round, a result that left the second seed totally bewildered.

But it was Sharapova's shocking drop of level that was the story of the day, as the 2006 US Open champion lost six games to drop the contest and had no control of her vaunted serve or groundstrokes.

Although she continued to battle, Sharapova was clearly gripping and couldn't find a way to regain her rhythm against the steady and ambitious Polish 18-year-old.

After she had won eight straight games to go up 2-0 in the third set, it appeared that Sharapova was about to cruise into the fourth round, but she came on court without self belief and totally melted down.

"Although I won many games in a row after losing the first and being down 1-0, you'd think I'd have the momentum in the third set with a break," Sharapova said. "But I just didn't really feel that way inside of me for some reason today."

Sharapova gave credit to the 30th-seed Radwanska, who sensed just how nervous Sharapova was and kept pressing her with hard returns and deep groundstrokes. But it was clearly Sharapova's match to lose, and she did so in dreadful fashion

"I don't feel like I had that belief that I usually do," said Sharapova, who committed 49 unforced errors in the match. "I don't know whether I put a lot of pressure on myself coming into this event because I felt like I was starting to play a lot better. I felt really good physically. I felt healthy. It just wasn't there. I don't know if it was a combination of the circumstance or the wind or the opponent playing well. I don't know what it was. I just didn't quite feel like me out there."

Radwanska, who had won a warm-up tournament in Stockholm on hard courts in August, showed fans inside Ashe Stadium that she's a player to watch, as she never backed off the ball in critical moments. She'll play the winner of the match between Nicole Vaidisova and Shahar Peer.

“I was thinking that everybody is going to be against me because she's a star, she's a top player,” she said. “But it was different. Like everybody was surprised somebody can beat the winner of last year. So it was a great feeling."

Radwanska's victory wasn't the only stunner on the women's side, as Agnes Szavay upset No. 7 Nadia Petrova, 6-4, 6-4. She'll next face the Ukraine's Julia Vakulenko, who beat Maria Kirilenko, 6-2, 6-4.

But sixth-seed Anna Chakvetadze belted Sania Mirza, 6-2, 6-3, and, with Sharapova gone, has to be seen as the favorite in her quarter.

Roddick has rolled through his first three matches losing just one set, although his second-round foe, Jose Acasuso, retired with an injury.

But he showed the Swedish Davis Cup team that they may want to re-think their singles selections in two week's time during the semifinal, as Roddick nailed 19 aces and had 41 winners in an 84-minute rout.

"It felt good," Roddick said. "I wanted to go out and hit the ball and be aggressive, get hold of my forehand, if I could. I felt like I did that today."

"We play kind of similar," said Roddick. "We both serve big and hit a pretty big ball from the baseline. If that's the case, it's going to come down to a couple points here and there, who converts their chances on the other guy's serve."

Isner thrilled the sell-out crowd at Ashe Stadium in the first set, winning the tiebreaker with two booming service winners. But the Swiss began to understand the former collegiate star's game more clearly in the last three sets and strung him around from the baseline.

"It's so hard to play against players like him," Federer said. "You just hope he's not going to keep serving aces. It was unbelievable how he served in the first set, but I started to get a read of it a bit in the second and third sets especially."

Young, 18, had his chances against Lopez and, had he won the tiebreaker, might have been able to speed his way past the Spaniard, but he missed an easy forehand on set point and, in the final set, played a sloppy game to get broken and lose the match.

But Young more than showed that he's improved his strokes to the point where he should be a highly competitive pro in the years to come.

“He served well,” Young said. “I thought he served amazing. I had a couple opportunities and missed them. I was a little tentative. But all credit to him. I feel he played really well.” 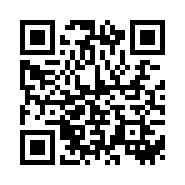